Google shared a list of most searched UNGA leaders which was topped by US President Donald Trump. Indian Prime Minister Narendra Modi was placed at number five in the lineup. 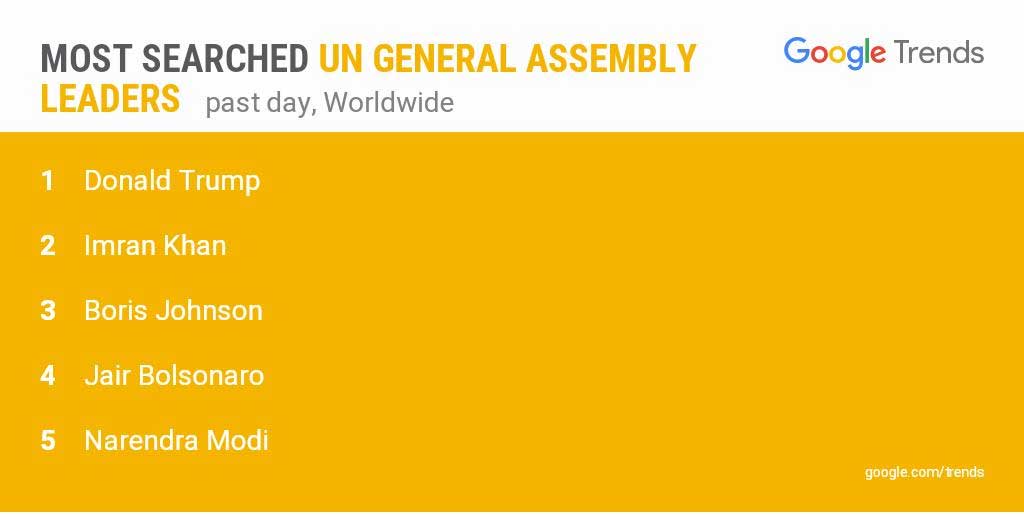 British Prime Minister Boris Johnson was 3rd and Brazil President Jair Bolsonaro, who is bashed by environmental groups for not doing enough to protect the Amazon rainforest, was 4th.

Marriage based on a compromise is never successful – Urooj Nasir